PRANK HAS TWO NEW RELEASES OUT THIS WEEK!
These are up and available for order at Prank's Big Cartel Store: As well as Up later today at DISCOGS: And are also available at No Idea, Ebulliton, Havoc, Feral Ward, Revolver USA and more. 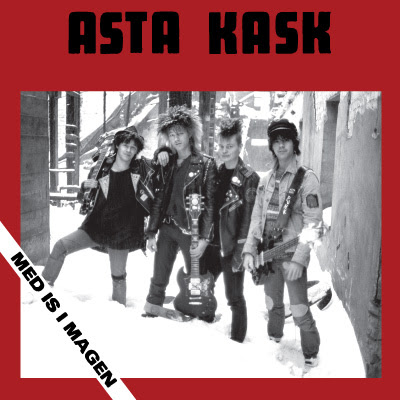 "MED IS I MAGEN" is the first 12" by Sweden's legendary punk band ASTA KASK, a cornerstone of Swedish Punk Rock and it's "Trallpunk" Genre - where lightning fast delivery of unrelenting melodic and upbeat punk is delivered hardcore tempo . Featuring many of the bands classic tracks "Psykiskt Instabil", "Till Far", "Valkommen Hem".
This was the band's Best selling release, though it has become a sought after collector's item since it's release in 1985. This is the first time the original 12" version has been re-pressed in it's debut format since it's initial Release. Maximum Rock'N' Roll #31 said n 1985 of the original Release "Yet another outstanding release from this Swedish band. With their tight musicianship, super instrumental hooks, rough lead vocals, and up-tempo sing-along choruses, they remind me of classic punk outfits from the late '70s like STIFF LITTLE FINGERS. ASTA KASK wouldn't know how to write a bad song, so don't ignore this 12".
This version Features a heavy weight sleeve and new lyric insert with liner notes and lyric explanations. Re-mastered by Peter En Betou with Lacquers cut by George Horn. ASTA KASK are still active as they near their 30th anniversary, headlining gigs in Sweden, Japan, Europe and the U.S. 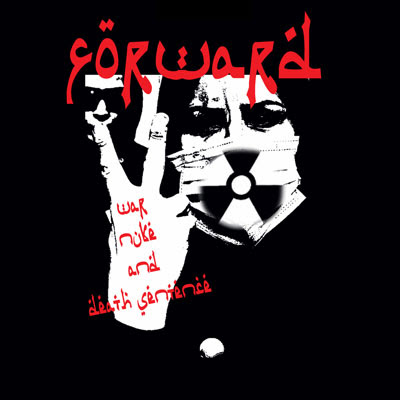 Aggressive Melodic hardcore punk attack, Tokyo's FORWARD return with their first new LP since 2004's " Burn Down the Corrupt Justice" with catchy guitar riffs grounded in solid rhythms with intense gravel throated vocals from World Punk Legend, Ishiya! Their First LP with New Drummer Akiyama, FORWARD maintain a constant live Schedule in their native Japan and have honed these new tracks to make a solid collection of song-driven Anthems hammered with hardcore impact.
Lyrically the LP is poetically reflective and many of the songs address the situation of Post-Tsunami Japan. Formed in 1996 comprised of former members of DEATHSIDE, INSANE YOUTH and SYSTEMATIC DEATH, this is the band's Third full LP and follows a recent set of catalog re-issues on Prank. FORWARD returned to the US for their Third Stateside tour earlier this year.This vinyl edition comes house in a U/V gloss heavy weight sleeve with Mastering by Jack Control from WORLD BURNS TO DEATH/ ENORMOUS DOOR STUDIOS and Lacquer Cutting By George Horn.

Posted by PRANKREC at 9:46 AM No comments:

IRON LUNG are touring Australia for a Third time! New Zealand for the First time!


"White Glove Test" will hopefully be available for the shows.
Posted by PRANKREC at 9:44 AM No comments: 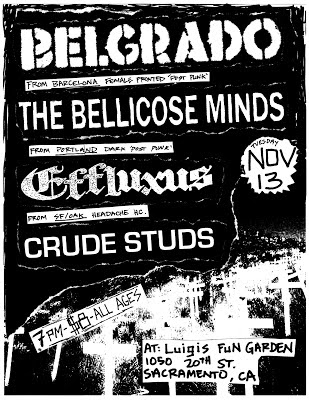 Belgrado and Bellicose Minds were great here in SF, go check 'em out!
Posted by PRANKREC at 1:02 PM No comments: