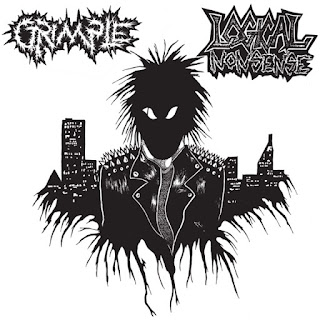 This album has not been repressed since it’s original pressing in 1994.  Prank orignally approached Re-pressing it in 2002 when "GUYA" was re-pressed, but it wasn't until 2013 that the original tapes were baked and Noah Landis from Neurosis / Christ On Parade began remixing the record. There were several re-mioxes and tweaks until  completion in 2020 and  last year it was re-mastered by Bob Weston at Chicago Mastering Service.  The packaging is true to the original but has been painstakingly recreated with slight upgrades, including a new 11x22” insert with band photos and lyrics. The CD version features a 16-page booklet. These are available from pre-order now at Our Big Cartel

We also created limited edition for mailorder  limited to 400 pieces and comes in a completely different 24 PT jacket, Different printed insert, Experimental Grey-Clear haze vinyl ( Looks grey on the turntable, unsual  when held to Light), two band posters,  A vinyl Sticker and a Pin. For initial mailorder copies We'll also send the regular edition insert as well. You can find this edition HERE

Posted by PRANKREC at 8:31 AM No comments: