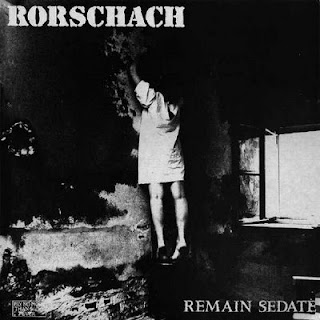 RORSCHACH - the legendary Abc No Rio band- will play a Series of Reunion shows on the East Coast this year! "All original lineup, all original roadies, Jon Hiltz of Born Against on the sound board." September 23rd to the 27th. Details are Still being worked out, but so far it looks like this:

There are some limited Records in the works for these events!

RORSCHACH played one of the first ten or so shows I put on in the early 90's with Born Against in a House and have always been a favorite. One of the two bands drummers injured his hand, so in the deilirum of having driven 14 hours from Oklahoma to play in a 100 degree house show in central Alabama, the bands swapped up members and somehow ended the night doing Black Flag covers in their boxer shorts. I was lucky to book
RORSCHACH a few times at Gilman after that, always punishing. Don't miss!

For those of you who don;t know the band, Check out a Myspace tribute site here.
Posted by PRANKREC at 1:17 PM

WOW!!! know anything more about those records??

I think Gern Blansten is doing a tribute Compilation + re-issuing all their material at some point, stoked!